On the 12th of October 1810, the ceremony was organized and celebrated by the whole country. This was the marriage of Crown prince Ludwig with the princess Therese. This became the grand event and was celebrated in the whole country and became the annual event for the Munich. Several changes emerged in the arrangements and celebrations according to the modern times. Every year the Oktoberfest is celebrated with the complete splendor of the royalty.

It is celebrated on 19th September and the opening ceremony is done by the mayor. He taps the beer barrel in one of the tents and all visitors’ starts quenching their thirst. The Oktoberfest location stays crowded with people and they continuously keep coming to the place. Beer tents are free of cost and anyone can come inside to acquire their beer.

The tents open at the 10:30 am to 10:30 pm. The stalls are also opened likewise. It is highly recommended that the visitors come early because once the tents get filled there would be no more space for the visitors. Oktoberfest tickets are free of cost and anyone can join. The entrance of the tents is also free where as the food stalls and other activities apply the charges. For a specific tent the reservation is done that can be used but it is necessary to come early to get the space. 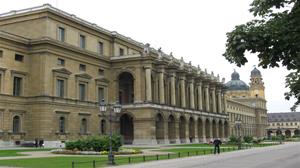