The world’s largest museum of science and technology is located in Munich, Germany. It is famous all over the world due to the wonderful innovations and the specimen from the technological perspective. Almost 28,000 objects are exhibited in the Museum that belongs from almost every field of science and technology. Deutsches museum is located on the small Isar river island that was used for the wood rafting in the old times.

The island kept on flooding due to that there were no buildings on it. A barracks was constructed first on the island and later the buildings were designed in the flood resisting manner to keep them safe from destruction. Location of the Deutsches museum is museumsinsel 1, 80538 Munchen, Germany.

The island is later named as the museum island and can be reached by the public transport, cruise and ferries as well. This amazing place is the master piece of science and technology. Deutsches museum entrance fee is less as compared to other places.

The entrance fee is 8.50 Euro and for the students and children the charges are 3 Euro. Deutsches museum tickets can be purchased from the museum and online. Deutsches museum opening timings are 9:00 – 17:00. There are many restaurants, photos, films and other science games available at the museum. Deutsches museum parking is also available for the people on private transportation. Double storey parking is limited so it is recommended to come to the museum by the public transport to avoid any kind of hassle. 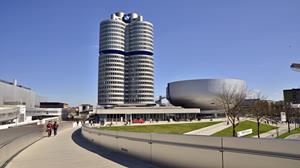